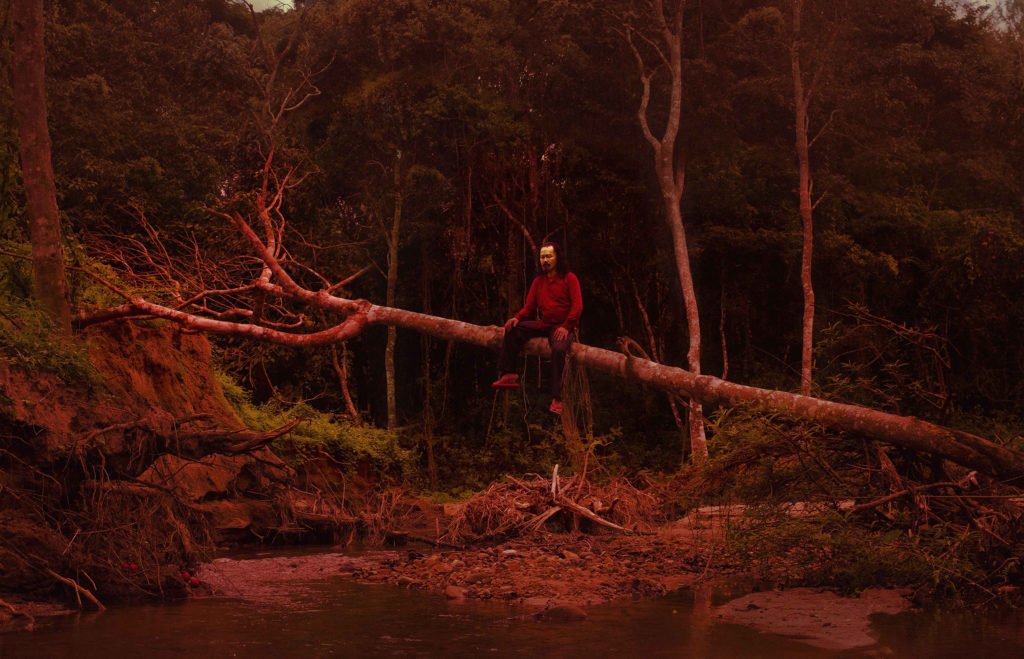 ‘Invalid Throne’ is about the land and people who used to own the property. The ‘disputed areas’ were taken by new Feudalism and turned into gold mine and hi-class monastery which allow only privileged people to enter the exquisite landscape. Shot on location in northern of Thailand and miniature landscape in studio, the 35mm film brings into question about historical narrative through the collective memories of Mr. Kamjorn Sankwan, the artist and the protagonist. Kamjorn who grew up there and Jakrawal Nilthamrong set out in search for something that could connect to the ‘truths’ and to raise questions to the states and their ‘official’ history.

Jakrawal Nilthamrong was born in 1977 in Lopburi, Thailand. He currently lives and works in Bangkok. He obtained his BFA at Silpakorn University, Bangkok (2000) and MFA at the School of Art Institute of Chicago, USA (2006). In 2007-08 he was an artist in residence at the Rijksakademie van Beeldende Kunsten, Amsterdam, the Netherlands. Jakrawal’s work spans from short films, documentary films to video installations and feature films. The themes of his work often relate to East- ern philosophy in contemporary context. His work was shown in international film festivals and art exhibitions including IFFR, Yamagata Documentary Film Festival, Taipei Biennial 2012, Berlin International Film Festival, SeMA Biennale Mediacity Seoul 2014 and Toronto International Film Festival. His most recent feature film, Vanishing Point, 2015, premiered at International Film Festival Rotterdam and won the festival’s top prize, Hivos Tiger Award. He is also a full-time lecturer on film subject at Thammasat University, Bangkok, Thailand.