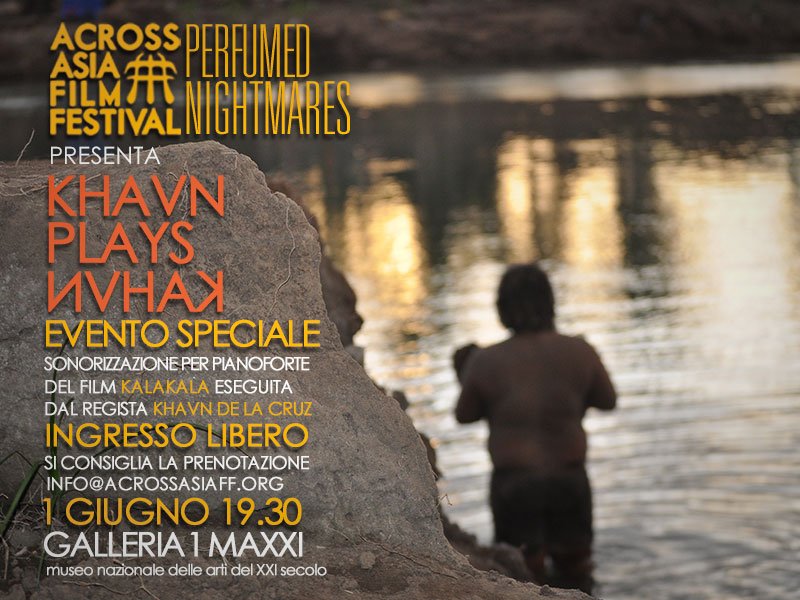 Across Asia Film Festival – Perfumed Nightmares will present as closing event, a piano concert  by the director Mr. Khavn De La Cruz  on the images of his  film- opera Kalakala.

We would like to dedicate this special event to the victims of all the typhoons and hurricanes that every year are wasting the tropical areas of the world and, even when they don’t kill anyone, they obliges people to build every time on the same ruins.

With Khavn will play:

“Eight days before Christmas, Typhoon Sendong ravaged a small city in the northern coastline of the Philippines, burying most of it in water. 8,128 families displaced; almost 5000 dead; at least a thousand missing, most of them presumed to have been drwned alive.  Three weeks after, a man is found walking around the city in broad daylight, a dead “baby” in his arms.  He wanders around the business district, dogged by local who wondered, sympathized, empathized. Following the ghost of his wife, he walks on until he reaches a river and drowns himself.’ – Khavn