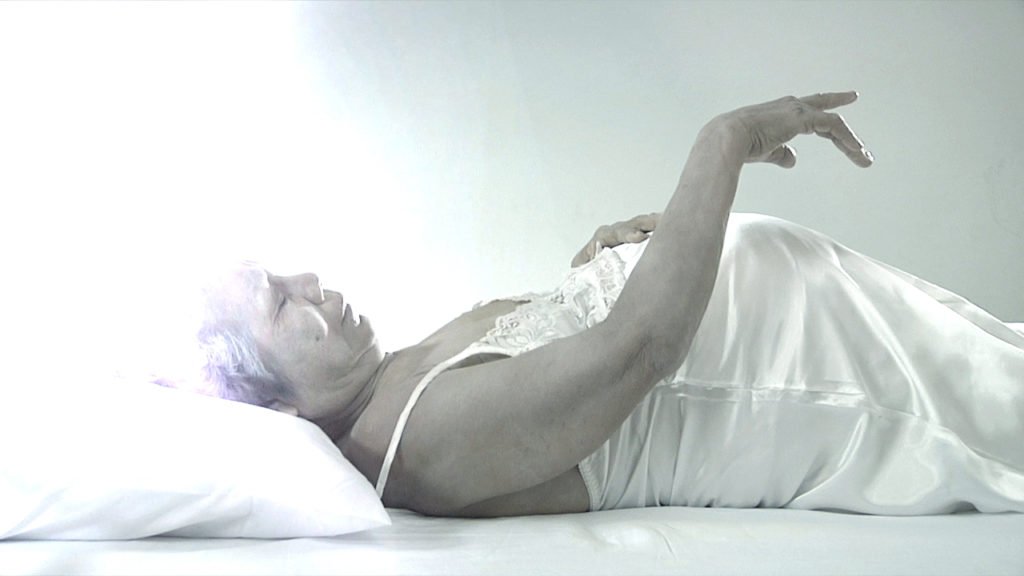 The inspiration of the Immortal Woman’s character derived from the year 2007-08 when the artist was living in the Netherlands – one of a few places in the world that legalized the Right of accepting homicide. Jakrawal became to know the word ‘Euthanasia’ or “allowing a person to end their life in rightful and dignity”. Then he imagined of a 200-years-old pregnant woman who representing a yearning of dying to prove that she’s a complete human just for once. This sci-fi video installation is also a sketch of a character in ‘Vanishing Point’ (2015).

Jakrawal Nilthamrong was born in 1977 in Lopburi, Thailand. He currently lives and works in Bangkok. He obtained his BFA at Silpakorn University, Bangkok (2000) and MFA at the School of Art Institute of Chicago, USA (2006). In 2007-08 he was an artist in residence at the Rijksakademie van Beeldende Kunsten, Amsterdam, the Netherlands. Jakrawal’s work spans from short films, documentary films to video installations and feature films. The themes of his work often relate to East- ern philosophy in contemporary context. His work was shown in international film festivals and art exhibitions including IFFR, Yamagata Documentary Film Festival, Taipei Biennial 2012, Berlin International Film Festival, SeMA Biennale Mediacity Seoul 2014 and Toronto International Film Festival. His most recent feature film, Vanishing Point, 2015, premiered at International Film Festival Rotterdam and won the festival’s top prize, Hivos Tiger Award. He is also a full-time lecturer on film subject at Thammasat University, Bangkok, Thailand.