It is 1971, and the sisters of the Adoration monastery lead quiet, insulated lives in a remote town in Rizal. Mother Superior Ruth leads the group in its prayers and daily rituals and prides herself in keeping the nuns removed from the vices and vicissitudes of the outside world. Young and fairly new, Lourdes, joins the monastery and gets introduced to the cloistered life. Shortly after, Remy, an extern nun (who is able to leave the cloister from time to time to do errands for the nuns), gets an unexpected visit from her mother telling her that her activist brother has been snatched away. Deeply troubled, Remy asks Ruth for an indefinite leave of absence to help her family search for her brother. But Ruth turns down her request, reminding her of the increasing importance of prayer during that time of crisis and in order to keep Remy out of harm’s way. Behind Ruth’s back, Remy starts attending meetings of families whose progressive relatives have gone missing, something that Lourdes discovers when she accompanies Remy on an errand in town. Meanwhile, the meeting of families with missing relatives has left a profound impression on Lourdes, who decides to become an extern herself alongside Remy, a decision that Mother Superior reluctantly consents to.  One afternoon, the meeting in town that Remy and Lourdes attend ends well into the evening.  On their way back, deep in the woods leading back to the monastery, they fall victim to violence.  Devastated, Ruth, Remy and Lourdes individually grapple with the emotional aftermath. Ruth is well aware that the crisis could either destroy the nuns beyond repair or draw them closer together

Vincent Sandoval is a US-based Filipino filmmaker. He has a bachelor’s degree in Psychology from the University of San Carlos in Cebu City and an MBA from New York University. He interned in international distribution at The Weinstein Company and Focus Features. He did marketing for independent documentaries, including the Academy Award-shortlisted Favela Rising and the critically-acclaimed Up The Yangtze. In 2009, he founded the IndioBravo Film Foundation in New York, which screens independent Filipino films to US audiences. In the same year, he wrote, directed and acted in his first narrative short, Señorita. The short film was an official selection in 20 international festivals, most notably the Cannes Film Festival Short Film Corner in 2010. In 2011, Vincent developed the short into his first narrative feature, Señorita. The feature had its world premiere in competition at the 64th annual Festival del Film Locarno, becoming only the third Filipino feature to compete at the festival, following Celso Ad. Castillo’s Burlesk Queen (1978) and Brillante Mendoza’s Masahista (2005). Señorita competed for the 2011 Vancouver International Film Festival’s Dragons and Tigers Award or Young Cinema, alongside Cinemalaya 2011 winner Ang Babae sa Septic Tank. In January 2012, it screened at the Goteborg International Film Festival, the largest film festival in Scandinavia. 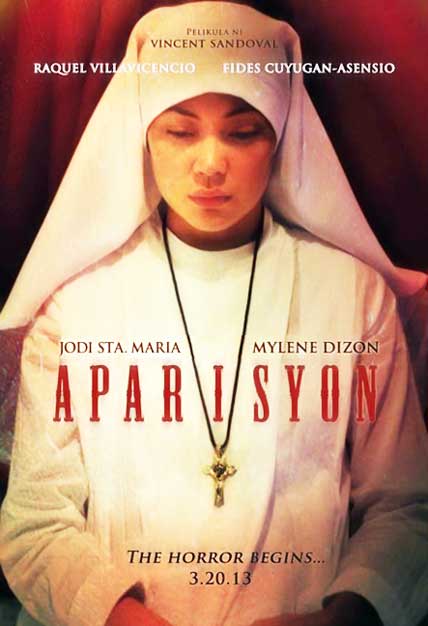