How I Fixed My Hair After A Rather Long Journey

Director Khavn De La Cruz Screenplay Norman Wilwayco & Khavn De La Cruz Cast Tim Mabalot, Marife Necessito, Palito, Whitney Tyson Cinematography Albert Banzon Music KHAVN Production House of Film, Rapid Eye Movies HE GmbH, Kamias Road, Hubert Bals Fund Lenght 75’ Language Tagalog with English subtitles Country Philippines Year 2012 Genre Dark Comedy. Based on the novel by Norman Wilwayco.[/tab] [tab]A dark, hyper-realistic comedy focused on the character of  the young antihero Tony de Guzman. Life, according to him, is short, brutal and is never on your side. Grab what you can, when you can. Be randy. Cheat the system. In the bleak circus of the slums, he calls home amongst denizens of the underworld: the crippled pimp, the lonely housewife, the neighbour gay and his macho father, the prostitutes, the small-time politician, and the yankee pedophile. Mondomanila is the story of Tony and the world he lives in: a hopeless, closed-in decrepit world gone to seed. Prize at Palanca Awards for Literature (the Pulitzer of Philippines), Mondomanila is the result of 9 year of immersive work during which Khavn realized many versions of it: short, episode series, feature films.[/tab] [tab]Khavn De La Cruz is a multi-awarded and internationally renowned filmmaker, composer, and writer.  Because of his polyhedric, multifaceted work is defined in many different ways as “the Lars von Trier of the Philippines” (Julien Fonfrede, Montreal Festival Of New Cinema), “the new Takashi Miike. The Philippine counterpart of Peter Baiestorf” (Mondo Paura), “the world’s most prolific major filmmaker” (Variety), “a rock ‘n’ roll filmmaker with the sensibilities of Buñuel” (Ricky S. Torre, GMA News), “a punk rebel” (Die Presse). He has thirty-three features and more than a hundred short films under his belt, including Mondomanila (Rotterdam 2012), The Muzzled Horse Of An Engineer In Search Of Mechanical Saddles (Berlinale 2008), Manila In The Fangs Of Darkness (Viennale 2008), and Squatterpunk (Rotterdam 2007).  Once the proprietor of the late 90s go-to place for local artists Oracafe, Khavn has been called the father of Philippine digital filmmaking. He is the president of Kamias Road, an independent film, music, and publishing company. 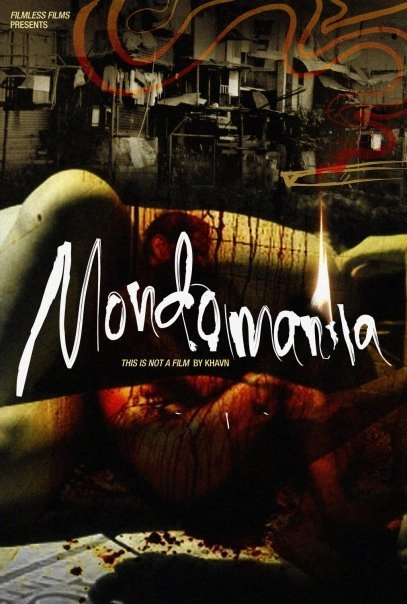