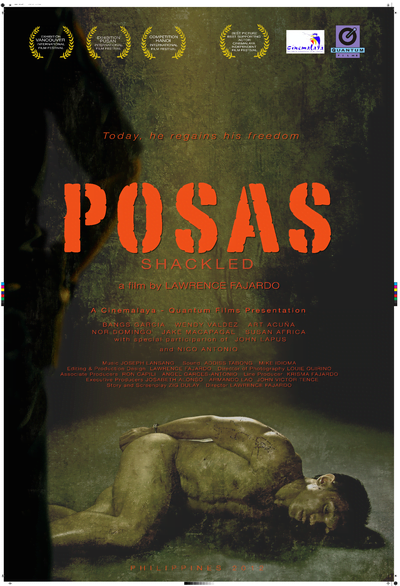 Director Lawrence Fajardo Screenplay Zig Carlo Dulay Cast Nico Antonio, Bangs Garcia, Art Acuna, Nor Domingo, Jake Macapagal Cinematography Louie Quirino Music Joseph Lansang Production Quantum Films/Cinemalaya Foundation Lenght 93’ Language Tagalog with english subtitles Country Philippines Year 2012 Genre Drama[/tab] [tab]Jestoni Jess Biag, early 20s, is a snatcher, who gains just enough to survive and to support his family. Captured by the police for snachting a cellphone of a call center agent, Jess undergoes investigation. During the process, he will be victim and witness of human rights violations, and of culture of corruption that deviously perpetuates in this chain of institutions. In the end, despite the fact of proving Jess as guilty of committing theft, he will still get his freedom. But this freedom shackled him to a cycle upholding the predicament of his life.

Lawrence Fajardo studied Film and Theatre in the University of St. La Salle Bacolod. His first short film KULTADO, won the Special Jury Prize at the Cinemalaya in 2005. His debut feature, MOTHER’S RACKET, won Best Sound and Editing at the Cinema One Originals in 2006. His biggest breakthrough in his filmmaking career was through his third film, AMOK, a finalist in the New Breed Category of the Cinemalaya Independent Film Festival held in 2011. The film was shown at various festivals. In particular it won the Special Prize of the Jury Award at the DetectiveFEST 2012 in Moscow, Russia. His last film, POSAS (SHACKLED), bagged the Best Picture Award at the Director’s Showcase Category at the 8th Cinemalaya Independent Film Festival and at the 2nd Hanoi International Film Festival. It also competed at the 35th Cairo International Film Festival in the International Competition for Human Rights Films section. 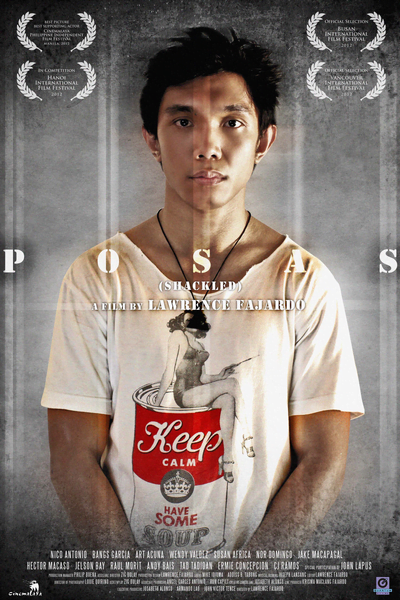